Nothing can prepare you for your first sight of Bryce Canyon. It’s as though the top layer of the earth has been ripped back to reveal a landscape full of incandescent orange, yellow, and red columns jostling for position beneath the surface. It is such a splendid sight that even the colossal Grand Canyon pales in comparison. The local Paiute people called Bryce Canyon Unkatimpe-we-Wince Pockich – “red rocks standing like men in a bowl[1]shaped recess” – but its modern name comes from a 19th-century Mormon rancher, Ebenezer Bryce, who laconically observed that his new home was “a helluva place to lose a cow.”

Despite its name, Bryce is not actually a canyon at all, but a succession of spectacular natural amphitheaters chiseled out of a high, pine-forested plateau by eternities of ice, water, and wind erosion. Most visitors get their first glimpse of Bryce from the rim on its western edge, and, because there is no corresponding rim opposite, the views from this point are breathtaking. Below you lies the canyon, decorated in a palette of lurid hues. Many of its sandstone forms are hoodoos – extraordinary pillars created over thousands of years as soft rock has crumbled away from hard rock, leaving sturdy boulders balanced precariously atop pencil-thin shafts of petrified sand. Beyond the canyon, a desolate plain stretches as far as the eye can see.

The Grand Canyon deservedly ranks among the most famous sights on earth. It was formed over millions of years and measures a huge 277 miles (446 km) long, up to 18 miles (29 km) wide and 1 mile (2 km) deep.

Five million visitors flock to the Grand Canyon every year, but sadly almost all head to the same crowded, commercialized spot on its South Rim, known as Grand Canyon Village. Crammed into the hectic look-out points and dwarfed by the colossal, silent chasm, they experience the canyon as a remote spectacle. Those few who hike into it face a very challenging task – getting down to the Colorado River and back requires a two-day backpacking expedition.

If you’re determined to go, consider visiting the quieter North Rim, where a lovely lodge stands at the canyon’s edge. Alternatively, take a 120-mile (193-km) trip down dirt roads to remote Toroweap Point, where you can stare straight down a sheer 3,000-ft (914-m) cliff to the river.

Getting There and Around

The nearest major airports to Bryce Canyon are Las Vegas, 270 miles (435 km) to the southwest, and Salt Lake City, the same distance to the north. The only way to get here is to drive, though free shuttle buses tour the park itself. The park’s entrance is at its northern end.

Typical American diners are found near the park entrance, but the best place to eat is in the rustic dining room at the Bryce Canyon Lodge (see Where to Stay). Steaks and chops are the specialties here

The comfortable Bryce Canyon Lodge still kitted out in its original 1920s furnishings, has luxury suites, individual log cabins and motel rooms. It is set back 110 yards (100 m) from the rim and is open in summer only (Apr-Oct)

Unlike much of Utah and the Grand Canyon, Bryce remains cool enough in summer for hiking to be a pleasure. While in[1]park facilities close in winter, the park itself stays open and looks more beautiful than ever.

Several straightforward trails thread their way down to and among the most dramatic hoodoos. Walking in the perpetual shade of the canyon’s floor, along narrow footpaths squeezed between looming orange rocks and implausibly slender pinnacles, is a truly mind[1]boggling experience. In many places, the trails cut right into the rock, through dramatic tunnels, and underneath archways, leading you to new and astonishing vistas at every turn.

The Mind Body Problem - Descartes and the Discovery of the Mind 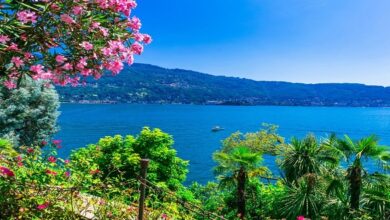